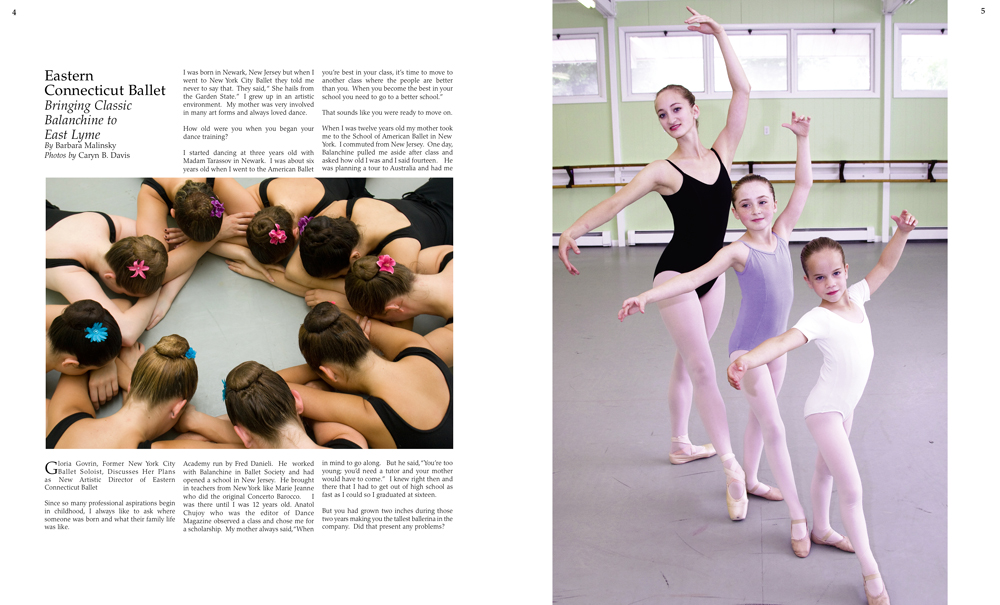 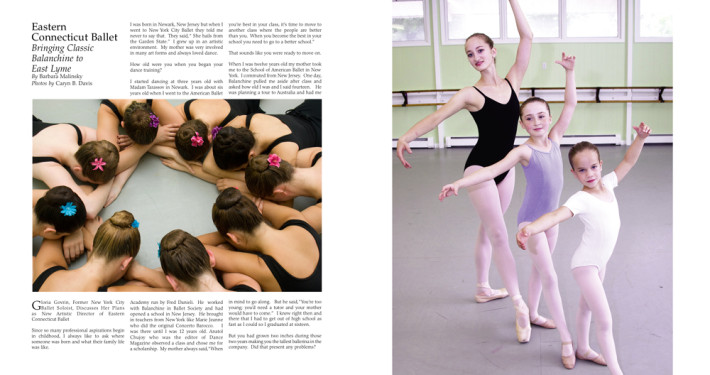 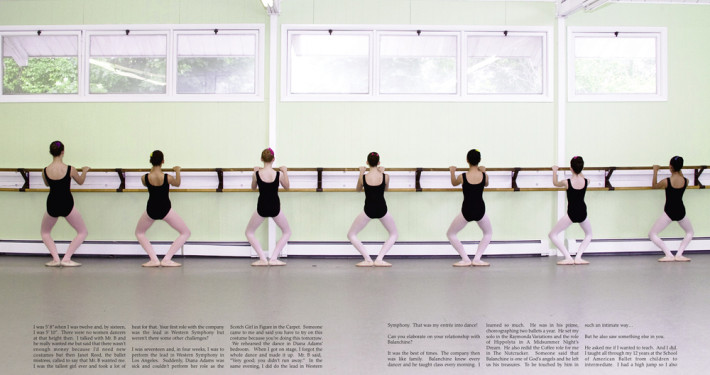 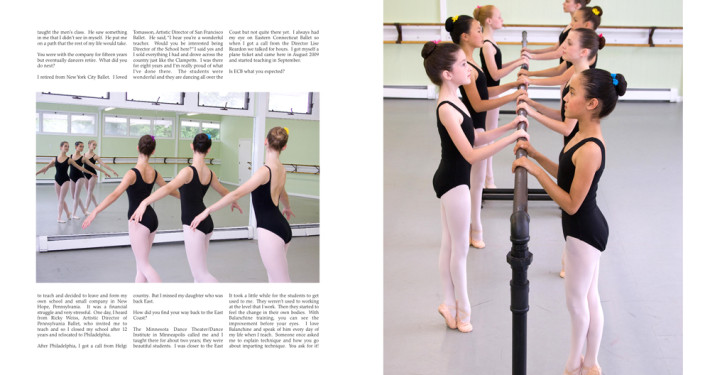 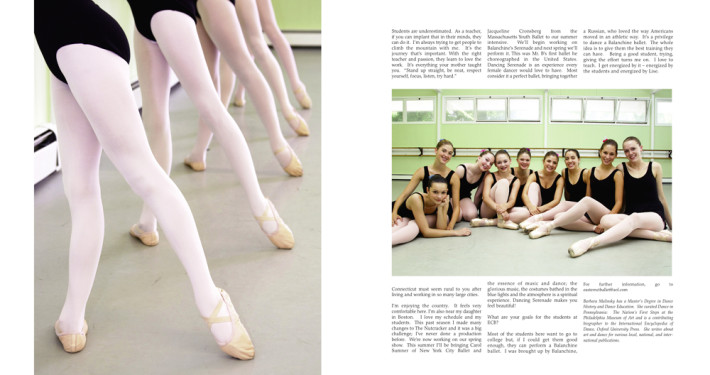 By Barbara Malinsky/Photos by Caryn B. Davis

Since so many professional aspirations begin in childhood, I always like to ask where someone was born and what their family life was like.

I was born in Newark, New Jersey but when I went to New York City Ballet they told me never to say that.  They said, “ She hails from the Garden State.”  I grew up in an artistic environment.  My mother was very involved in many art forms and always loved dance.

How old were you when you began your dance training?

I started dancing at three years old with Madam Tarassov in Newark.  I was about six years old when I went to the American Ballet Academy run by Fred Danieli.  He  worked with Balanchine in Ballet Society and had opened a school in New Jersey.  He brought in teachers from New York like Marie Jeanne who did the original Concerto Barocco.    I was there until I was 12 years old. Anatol Chujoy who was the editor of Dance Magazine observed a class and chose me for a scholarship.  My mother always said, “When you’re best in your class, it’s time to move to another class where the people are better than you.  When you become the best in your school you need to go to a better school.”

That sounds like you were ready to move on.

When I was twelve years old my mother took me to the School of American Ballet in New York.  I commuted from New Jersey.  One day, Balanchine pulled me aside after class and asked how old I was and I said fourteen.    He was planning a tour to Australia and had me in mind to go along.   But he said, “You’re too young; you’d need a tutor and your mother would have to come.”   I knew right then and there that I had to get out of high school as fast as I could so I graduated at sixteen.

But you had grown two inches during those two years making you the tallest ballerina in the company.  Did that present any problems?

I was 5’ 8” when I was twelve and, by sixteen, I was 5’ 10”.  There were no women dancers at that height then.  I talked with Mr. B and he really wanted me but said that there wasn’t enough money because I’d need new costumes but then Janet Reed, the ballet mistress, called to say that Mr. B wanted me.  I was the tallest girl ever and took a lot of heat for that.  Your first role with the company was the lead in Western Symphony but weren’t there some other challenges?

I was seventeen and, in four weeks, I was to perform the lead in Western Symphony in Los Angeles.  Suddenly, Diana Adams was sick and couldn’t perform her role as the Scotch Girl in Figure in the Carpet.  Someone came to me and said you have to try on this costume because you’re doing this tomorrow.  We rehearsed the dance in Diana Adams’ bedroom.   When I got on stage, I forgot the whole dance and made it up.  Mr. B said, “Very good; you didn’t run away.”  In the same evening, I did do the lead in Western Symphony.  That was my entrée into dance!

Can you elaborate on your relationship with Balanchine?

It was the best of times.  The company then was like family.  Balanchine knew every dancer and he taught class every morning.  I learned so much.  He was in his prime, choreographing two ballets a year.  He set my solo in the Raymonda Variations and the role of Hippolyta in A Midsummer Night’s Dream.  He also redid the Coffee role for me in The Nutcracker.  Someone said that Balanchine is one of God’s angels and he left us his treasures.  To be touched by him in such an intimate way…

But he also saw something else in you.

He asked me if I wanted to teach.  And I did.  I taught all through my 12 years at the School of American Ballet from children to intermediate.  I had a high jump so I also taught the men’s class.  He saw something in me that I didn’t see in myself.  He put me on a path that the rest of my life would take.

You were with the company for fifteen years but eventually dancers retire.  What did you do next?

I retired from New York City Ballet.  I loved to teach and decided to leave and form my own school and small company in New Hope, Pennsylvania.  It was a financial struggle and very stressful.  One day, I heard from Ricky Weiss, Artistic Director of Pennsylvania Ballet, who invited me to teach and so I closed my school after 12 years and relocated to Philadelphia.

After Philadelphia, I got a call from Helgi Tomasson, Artistic Director of San Francisco Ballet.  He said, “I hear you’re a wonderful teacher.  Would you be interested being Director of the School here?” I said yes and I sold everything I had and drove across the country just like the Clampetts.  I was there for eight years and I’m really proud of what I’ve done there.  The students were wonderful and they are dancing all over the country.  But I missed my daughter who was back East.

How did you find your way back to the East Coast?

The Minnesota Dance Theater/Dance Institute in Minneapolis called me and I taught there for about two years; they were beautiful students.  I was closer to the East Coast but not quite there yet.  I always had my eye on Eastern Connecticut Ballet so when I got a call from the Director Lise Reardon we talked for hours.  I got myself a plane ticket and came here in August 2009 and started teaching in September.

Is ECB what you expected?

It took a little while for the students to get used to me.  They weren’t used to working at the level that I work.  Then they started to feel the change in their own bodies.  With Balanchine training, you can see the improvement before your eyes.  I love Balanchine and speak of him every day of my life when I teach.  Someone once asked me to explain technique and how you go about imparting technique.  You ask for it!  Students are underestimated.  As a teacher, if you can implant that in their minds, they can do it.  I’m always trying to get people to climb the mountain with me.  It’s the journey that’s important. With the right teacher and passion, they learn to love the work.  It’s everything your mother taught you.  “Stand up straight, be neat, respect yourself, focus, listen, try hard.”

Connecticut must seem rural to you after living and working in so many large cities.

I’m enjoying the country.  It feels very comfortable here. I’m also near my daughter in Boston.   I love my schedule and my students.  This past season I made many changes to The Nutcracker and it was a big challenge; I’ve never done a production before.  We’re now working on our spring show.  This summer I’ll be bringing Carol Sumner of New York City Ballet and Jacqueline Cronsberg from the Massachusetts Youth Ballet to our summer intensive.  We’ll begin working on Balanchine’s Serenade and next spring we’ll perform it. This was Mr. B’s first ballet he choreographed in the United States.  Dancing Serenade is an experience every female dancer would love to have.  Most consider it a perfect ballet, bringing together the essence of music and dance; the glorious music, the costumes bathed in the blue lights and the atmosphere is a spiritual experience. Dancing Serenade makes you feel beautiful!

What are your goals for the students at ECB?

For further information, go to easternctballet@aol.com

Barbara Malinsky has a Master’s Degree in Dance History and Dance Education.  She curated Dance in Pennsylvania:  The Nation’s First Steps at the Philadelphia Museum of Art and is a contributing biographer to the International Encyclopedia of Dance, Oxford University Press.  She writes about art and dance for various local, national, and international publications. 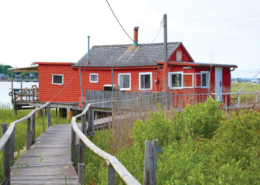 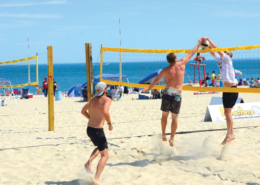 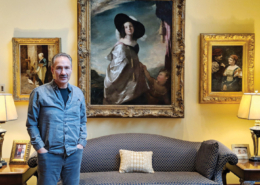 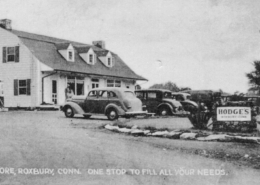 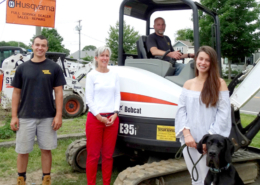 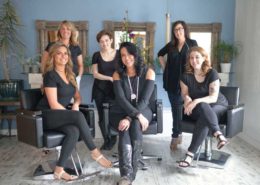 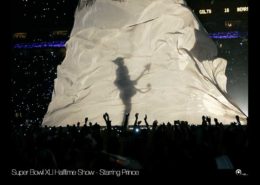 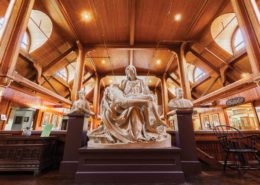 • Jeans Built Around You. Hartford Denim
Scroll to top
X