photos and profile by Caryn B. Davis

The art of beekeeping dates back to 13,000 BCE with rock paintings that depict humans collecting honey from wild bee colonies. In an attempt to domestic them, apiarists fabricated artificial hives from wooden boxes, logs, baskets and ceramics that have evolved into the top-bar hives and movable frame hives we know today.

Sue and Chris Littlefield of Littlefield Bee Farm on Block Island have been cultivating their hives for the past twenty-seven years and are now the largest apiary in Rhode Island. Their honey sells locally and worldwide and is renowned for its distinct flavor and qualities.

Block Island is perfect environment for beekeeping. The fertile soil enables a variety of wild flowering plants to flourish. The lack of large-scale commercial agriculture and industry means there are no pesticides, herbicides or pollutants for the bees and ultimately us, to ingest. And being situated 12 miles out at sea has forced the bees to gather the nectar only from their own island.

Both Sue and Chris can trace their family’s lineage on Block Island back to the first settlers who arrived in the 1600s. Chris’ family had lived there consecutively until his father moved ashore to Ridgefield, Connecticut where he serendipitously met Sue and discovered their common ties. They both spent many happy summers on the island visiting their respective relatives, including Sue’s grandmother who was born there. The alternative lifestyle and being in such close proximity to nature made a lasting an impression on the young couple.

“I never wanted to leave when we came on vacation. I just really love this place,” said Chris.

When Sue graduated from college she took a short hiatus to Block Island to see her parents who were there on holiday. She ran into Chris who she had not seen since she had started school four years prior.

“He was zoology major and I was an environmental studies major and we connected through our love of nature,” said Sue.

Sue and Chris entered graduate school to study fisheries management. When they got out, they decided to try and “scrape” together a life on Block Island. They bought a boat and caught fish, lobsters and clams and became avid gardeners. Although beekeeping was not something they initially imagined as way to earn income, the opportunity presented itself and complemented their ideals.

“It was risk because we did not know anything about beekeeping when we bought them but it represents the island and it is natural product,” Sue said.

The Littlefield’s were introduced to beekeeping by Tim May who was a master apprentice for the island’s apiarist and minister, Stanley Pratt. As Stan’s health declined, Tim took over more duties but being a mainlander, the commute became too great. All but six hives were sold off and Sue and Chris purchased them. Today they have over 60 and only practice natural beekeeping methods, allowing the bees to do what they do biologically with minimal interference.

Sue runs the marketing side of the business while Chris is responsible for making the honey. Depending on the season they can yield anywhere from two thousand to six thousand pounds per year. When it rains, the bees eat what they have produced rather than making more honey. This can decrease their annual crop significantly because the Littlefield’s will only remove the honey when the bees have made enough for their own sustenance first.

Each hive contains approximately 60,000 busy bees and one lucky queen who performs all the breeding acts as the only sexually mature female in the colony. In season, a queen can lay between 1500 to 3000 eggs a day. Her diet consists of eating massive amounts of royal jelly, a secretion full of protein. She eats more than the worker bees do, which alters her chemistry and the pheromones she emits. These pheromones leave the other female bees with undeveloped ovaries and prevent reproduction.

“If you have a good queen and she is laying plenty of eggs and producing the right hormones, the hive has good morale and will be very productive because she is making more bees all the time,” Chris said. “The more bees the hive has, the more surplus it can create.”

There are approximately 30,000–50,000 worker bees per colony. They perform many tasks, each becoming more intricate as they age. When they are young, they remain in the hive and act as nurse bees feeding the other larvae. They also clean the cells, extract the pollen and honey delivered by the field bees, and make wax, until they are old enough to go out and collect nectar on their own.

Using their long tongues in the same manner one would suck liquid through a straw; the bees draw the nectar from the flowers. The nectar is stored in their enzyme rich “honey stomach”. When they get back to the hive, the nectar is removed from their stomach by the other bees.

“Then they have to evaporate the moisture off of it. They regurgitate into the cells and fan the nectar with their wings to increase the flow of air into the hive and drive off the moisture,” explained Chris. “When it gets to the right moisture content, they seal it with wax.” The honey is then stored until harvested.

On Block Island the bees get their nectar from milkweed, blackberry blossoms, the shad bush, wild apple, marsh rose, aster, wild strawberry, golden rod and other plants. The bees visit between 100-1500 flowers to get enough nectar to fill their stomachs.

“Different flowers will yield different flavors including in different parts of the world. That’s what’s so cool about honey,” Chris said.

The Littlefields harvest in the summer and in the fall. Chris smokes the bees out before disturbing the hive to avoid being stung. He then “uncaps” the top of the wax with a hot knife. Those “cappings” get turned into candles. The remaining frames are placed into a centrifugal extractor that spins the honey out. From that they make Block Island Blackberry Blossom Honey, Block Island Cream Style Honey, Block Island Wildflower Cinnamon Honey, and Block Island Wildflower Honey Mustard, along with an assortment of bees wax honeycomb candles, tapers, pillars, tea lights, votives and bee bar which has many uses.

“It takes about 10 pounds of nectar to make one pound of bees wax. You heat it up and filter it out to remove the dead bees,” Sue said. “This is a natural product made from nectar. Paraffin candles are made from petroleum so you are burning oil. These have a different quality of light to them, and they don’t drip.”

Unlike most folks on the island whose busy season ends when the tourists leave, Sue works through the holidays fulfilling orders that come in from her catalog and website. She also sells her products at the local farmer’s market that she helped established in 1986 to give islanders another revenue stream.

“I ship year round. People visit here and give it as gifts. It’s a small island but a lot of people pass through,” said Sue. “They go home and tell their local stores to buy it. Bloomingdale’s sold it for a while. People say it reminds them of the island.”

Beekeeping is only one source of income for this conscientious couple. Living on an island requires resourcefulness and creativity. Sue is a counselor and teaches yoga. Chris has worked for the Rhode Island Chapter of The Nature Conservancy for the past 20 years and is currently overseeing their coastal marine conservation program, which he implemented.

“Our work is science based. Our science leads us to develop strategies to protect what is already there or improve the health of the coastal ecosystems. The last few years we have been doing ecological restoration work,” said Chris who has also started oyster farming.

In addition to tasting good, honey has many medicinal uses. It has been a key component in Ayurvedic medicine for the past 4,000 years. It’s antiseptic properties aid in the healing of wounds and burns. It is a good moisturizer for the hair and skin. It alleviates a sore throat. It’s effective in the treatment of ulcers. It helps keeps allergies under control. It is a great source of antioxidants has been proven effective in the treatment of some pathological conditions of the intestinal tract, the respiratory organs, the heart, and the nerves, and is amazing source of energy. No wonder it has been referred to as the “nectar of the gods”.

“The word “honeymoon” came from the days when they would drink mead for an entire month after getting married to get the woman pregnant. They would be drunk on mead for a 28 day cycle; a whole moon of honey,” said Sue. 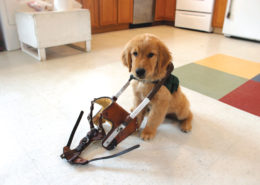 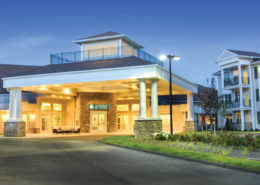 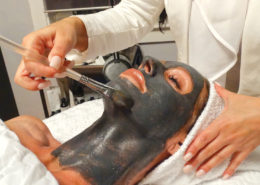 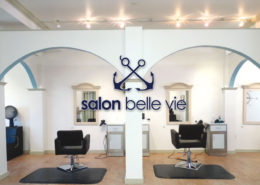 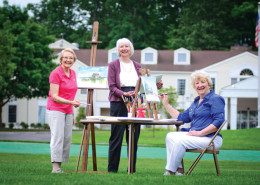 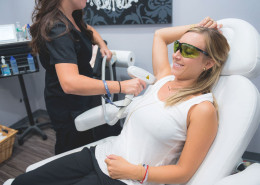 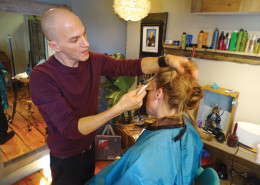 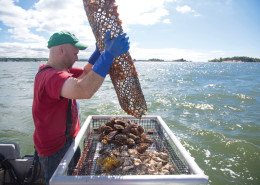