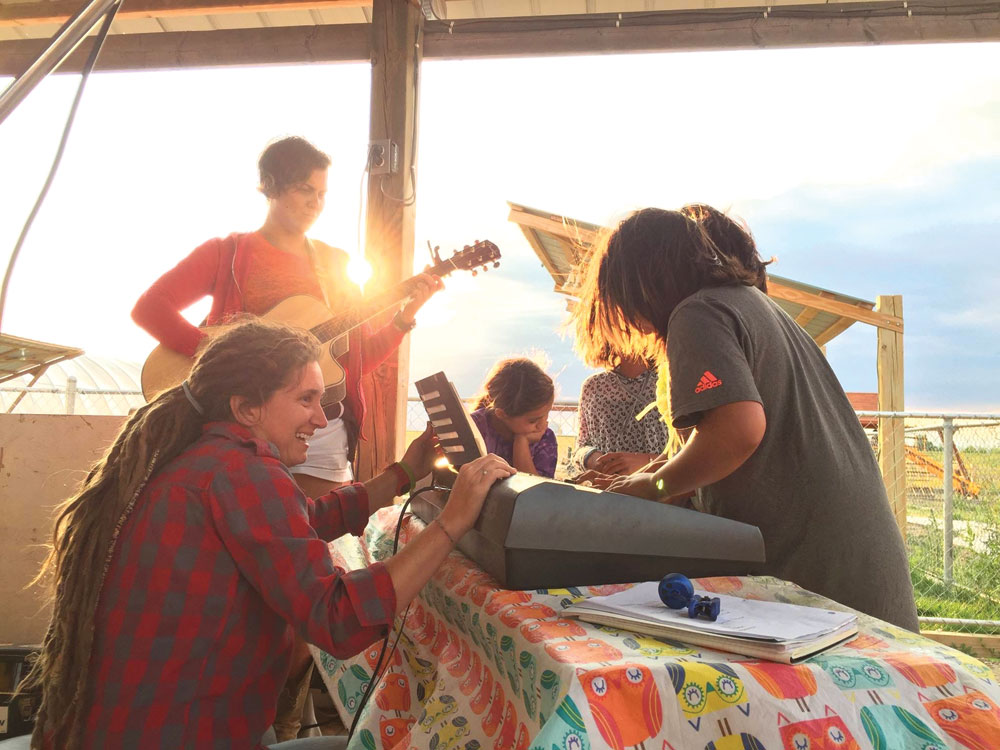 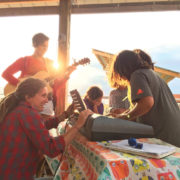 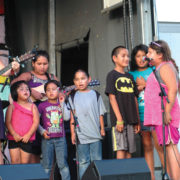 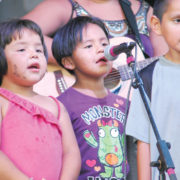 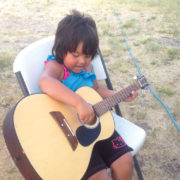 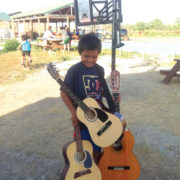 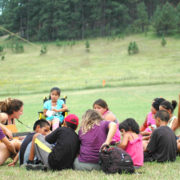 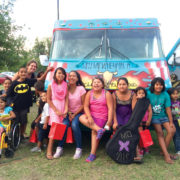 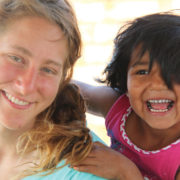 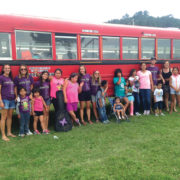 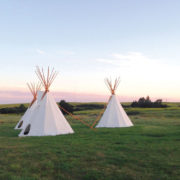 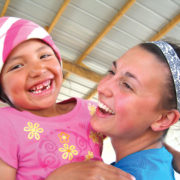 Kristen Graves – Music as a Medium for Change.

“Be the change you wish to see in the world.” – Mahatma Gandhi 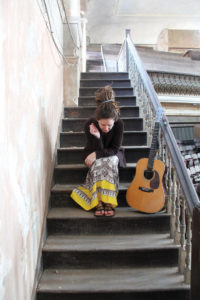 Singer songwriter, Kristen Graves is an advocate for social justice. She uses music as her medium to create change and make the world a better place. Whether she is working at an orphanage in Mexico, teaching music to the Lakota Indian tribe, or performing nationwide, her musicianship and humanity are an inspiring and powerful combination.

Kristen comes from a family of music lovers. Rather than spend their evening hours watching television, they listened to music instead. During her formative years, she was exposed to many different genres, but became intrigued with old country and folk because those songs incorporated storytelling.

“I think that had a lot to do with why I ended up as a folk musician. I loved the idea of being able to tell a story in two and half minutes,” laughs Kristen.

She took up piano at age six and excelled, winning many competitions. In high school she added singing and guitar to her repertoire, and in college she started writing songs while earning a degree in music. She also went to Oaxaca, Mexico for the first time to volunteer at an orphanage, a place she still visits today.

“I helped them build a bathroom, and I taught the kids songs and how to play guitar. I turned them into a children’s choir; and they performed at the local church,” says Kristen. “I just fell in love with them and came back the next summer to build a house.”

She also fell in love with Bryan Nurnberger, another volunteer. Bryan was an ice and rock climbing guide traveling around Mexico while recuperating from an injury. He stumbled upon the children’s home, staying for several months, building furniture, and caring for the handicapped kids.

“When I got back to Connecticut, I realized my passion for mountain climbing had diminished; and in its stead was the passion to help all kids, all people,” says Bryan who went on to found the non-profit Simply Smiles, an organization that serves to empower impoverished children, their families, and communities. To date, Simply Smiles and their numerous volunteers have helped thousands of people in remote, rural, and urban communities in Connecticut, Mexico, and in South Dakota at the Cheyenne River Sioux Tribe Reservation, where he and Kristen work with the Lakota Indians.

“We do medical clinics, build schools and homes, and provide scholarships and educational support. We offer gardening and healthy living programs, suicide prevention and intervention; anything a community needs. Together, side-by-side we implement programs that are necessary to ensure people have a chance at achieving their dreams,” says Bryan.

While volunteering and giving back is something Kristen is ardent about, she didn’t know how music could be a part of that. But in listening to Pete Seeger, she saw how musicians were able to use their craft to influence the masses as they did during the Civil Rights Movement.

“Music is a kind and digestible way to tell stories about humanity. People don’t always want to hear about the horrible things that are happening; but if you can put   it into a song and make it more human, they are more willing to listen. I viewed singing and songwriting as a means to an end and as a way to make people be kinder or care,” explains Kristen.

From then on, Kristen sought ways to share her talent with these underprivileged populations. She and Bryan traveled frequently to the children’s home with a band of dedicated volunteers, returning to the U.S. to fund raise and then back to Mexico again. With every new album she produced, she donated a portion of the proceeds to support a different cause.

In 2008, Simply Smiles started working with the Lakota Indians, but it took years to gain their trust and respect. Because missionaries and our own government had mistreated them in the past, they had an innate suspicion of outsiders.

“The way we always work is to build relationships first by listening to what people   need,” explains Kristen. “They are the ones living in these situations, and they know better than we do. So we ask how can we help; and have learned through that, we not only can make things physically better, but we can also strengthen people’s hope and dignity rather than pushing what we think they need onto them.”

It took many years of being persistent, humble, and kind before tribal members would attend any of their activities; but slowly and surely, through the  establishment of a music camp, they were able to forge sound relationships that continue today.

“For me, music is one of the nicest ways to make connections between people. It’s the universal language,” she says.

A few summers ago, Kristen raised enough money to purchase 50 guitars for the Lakota people through the sale of her newest CD and from folks who wanted to sponsor a guitar. Once on the reservation, she put up fliers inviting people of all ages to come and take lessons. On the first day 35 students came. At the end of the summer they had a recital and the community came together in support.

“People had the guts to get on stage and put themselves out there in a town where community can sometimes be disjointed,” says Kristen. “At the end of the concert I got to announce that whoever had been brave enough to perform and attend camp all summer, got to keep their guitars.”

Since then, the program has grown to include keyboards and songwriting; and now, many Lakota invite Kristen and other Simply Smile volunteers into their homes.

“It took a long time to earn that and get there,” she says proudly. 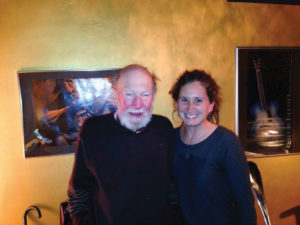 When Peter Seeger died in 2014, Kristen performed at Seeger Festival where she met Peter Yarrow from Peter, Paul, and Mary. He became her mentor and invited her to play at the 2015 Unity Concert in South Dakota, a festival “bringing together Native American tribes with those on the right side of justice to return the guardianship of the Black Hills to the Great Sioux Nation.”

“He knows I work on the reservation and thought of me. I asked him as humbly as I could if it would be possible to bring the children of music camp. I thought it would be great for them to experience the festival, meet some famous people, and be a part of something positive so they could see how many people really care about them and their heritage and their people,” she says.

Yarrow played the grand finale at the concert along with all the kids.

Kristen works with other non-profits including INTAKE providing music education to children who can’t afford lessons or who have no access.  She is also a member of the Just Be Nice party and is embarking on ten-city tour to spread the word.

“I know I’m not the only one who is annoyed by our government’s lack of efficiency. So I just try to help people on my own. Unfortunately there is a lot of anger and fear being sold right now in our country. I think this year of all years is when this country needs to remember that just because we have different opinions doesn’t mean we have to hate each other. I am going to have Just Be Nice conventions and bring people together to be nice, sing songs, share music and art,” Kristen says.

For information log onto www.kristengraves.com. To volunteer, make a donation, or learn more about Simply Smiles, log onto www.simplysmiles.org.