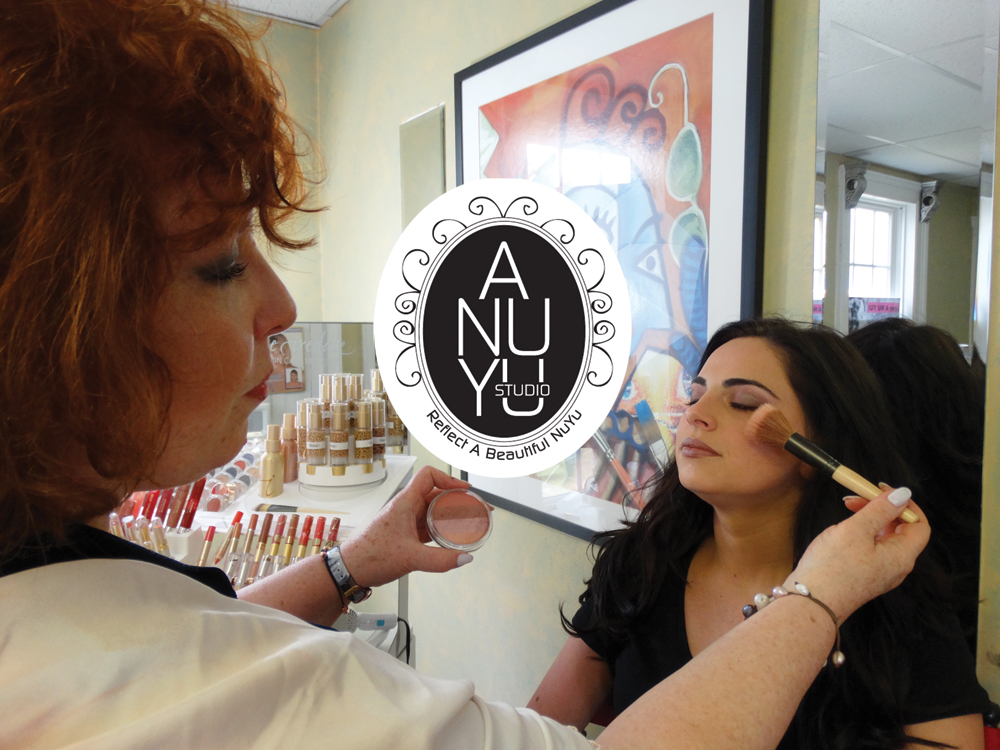 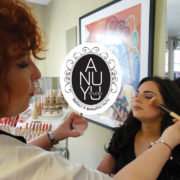 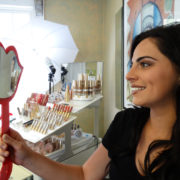 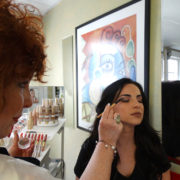 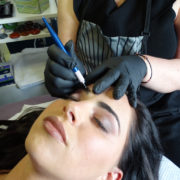 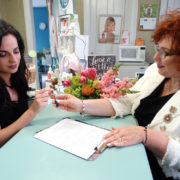 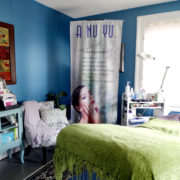 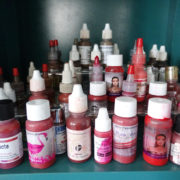 “My Mother Had No Eyebrows!” The Backstory behind A Nu Yu Studio 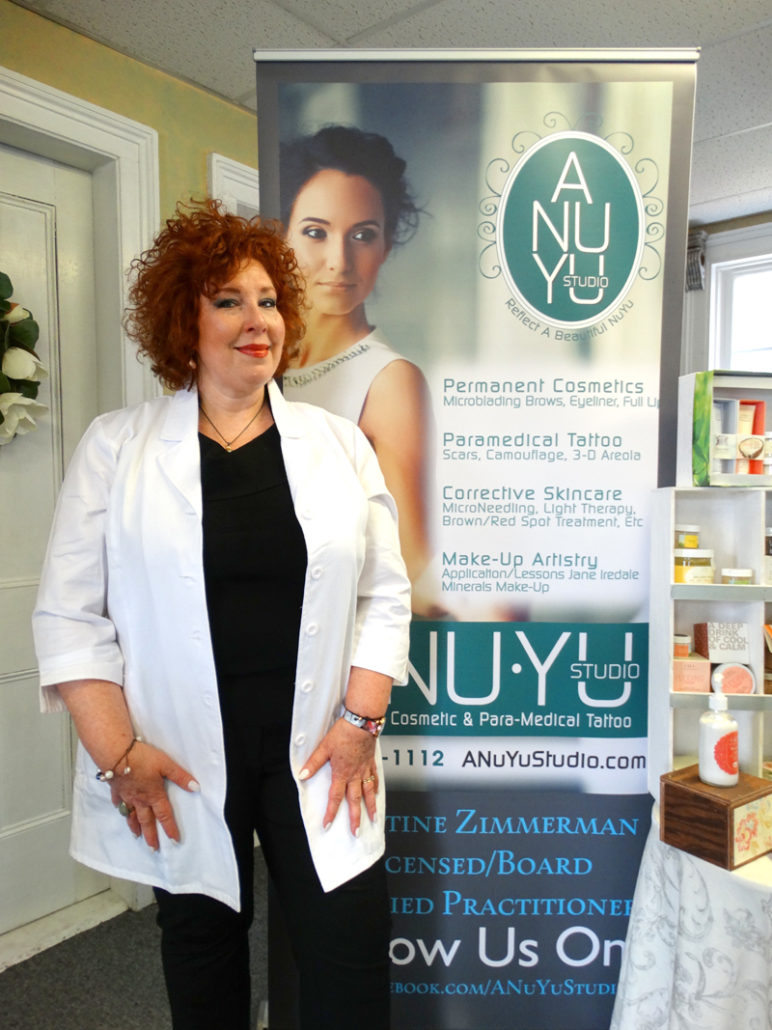 Virginia Kelley, the late mother of President Bill Clinton once said, “The things I would have done in my life if I only had eyebrows.” Kelley, who possessed a wicked sense of humor, was no doubt referring to the fact that due to the cancer that had assaulted her body, she had lost much of her hair, eyebrows included, which is quite common.

In full agreement with this sentiment is Christine Zimmerman, who also possesses a wonderful sense of humor that perfectly complements her big, warm, outgoing personality. “My business is all about eyebrows,” she begins. The business to which Zimmerman refers is a well respected 14 year success on the Guilford shoreline, where by her own laughing admission, “I keep America beautiful. I keep Guilford gorgeous.” Known to many who come from as far away as Massachusetts, Rhode Island, and New York, this studio, known as A Nu Yu, deals strictly in permanent cosmetics and para-medical tattoos, as therapeutic as it is glamorous. 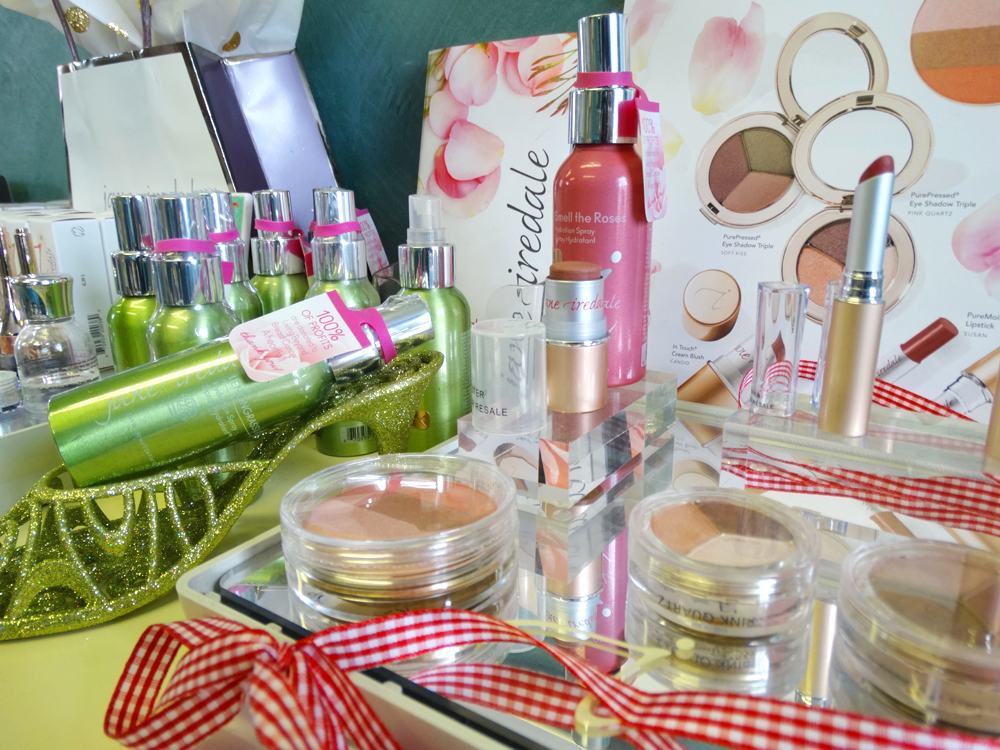 Unlike the current craze for body inking, a medical tattoo is a tattoo used for a relevant medical condition. Often utilized in breast reconstruction after mastectomy, Christine reports that it is sometimes used to replace the areola which might have been removed during surgery or to fill in areas where there has been pigmentation loss. This is not the work of a tattoo parlor; it is the work of a fully educated professional. Zimmerman, who is the only board certified practitioner in the state of Connecticut, comes to A Nu Yu with an enviable background and thirst for continuing education in her field. Above all of that, however, is her insatiable love for people and for making them feel beautiful, well, and whole once again.

Trained as a makeup artist with extensive experience working for Chanel, Lancome, and other high end lines, Christine’s defining moment came when her mother, always her number one inspiration, came to her asking for an eyebrow pencil that would “stay on.” Zimmerman’s mother had a condition known as alopecia, which is a loss of hair. While there are several manifestations of alopecia, Christine’s mother suffered from trichotillomania, a self-induced and recurrent loss of hair. Trichotillomania may take many forms, chief among them loss of eyebrows and eyelashes.

So here was the problem; and Christine Zimmerman, not being one to ever turn away from a problem, threw herself headlong into finding a solution, not just for her mother, but for the thousands of other men and women who suffer from this condition. She turned her focus away from being a makeup artist and concentrated on “finding a product to give my mother and others like her ‘permanent’ makeup.” The problem was that product didn’t exist, because it did not hold up to heat, humidity, or swimming. But what did beckon Zimmerman was something called “permanent cosmetics,” a way to tattoo makeup directly into the skin. In 2003 Christine entered a program of intense training…training that ultimately changed her life. “I opened A Nu Yu Studio in Guilford that year and never looked back.” A quest to find an eyebrow pencil for her mother resulted in embracing a lifelong career that would not just beautify clients, but help them with previously unsolvable problems. That answer was Zimmerman’s education in microblading, a natural option to reconstruct, define, or fill in brows. 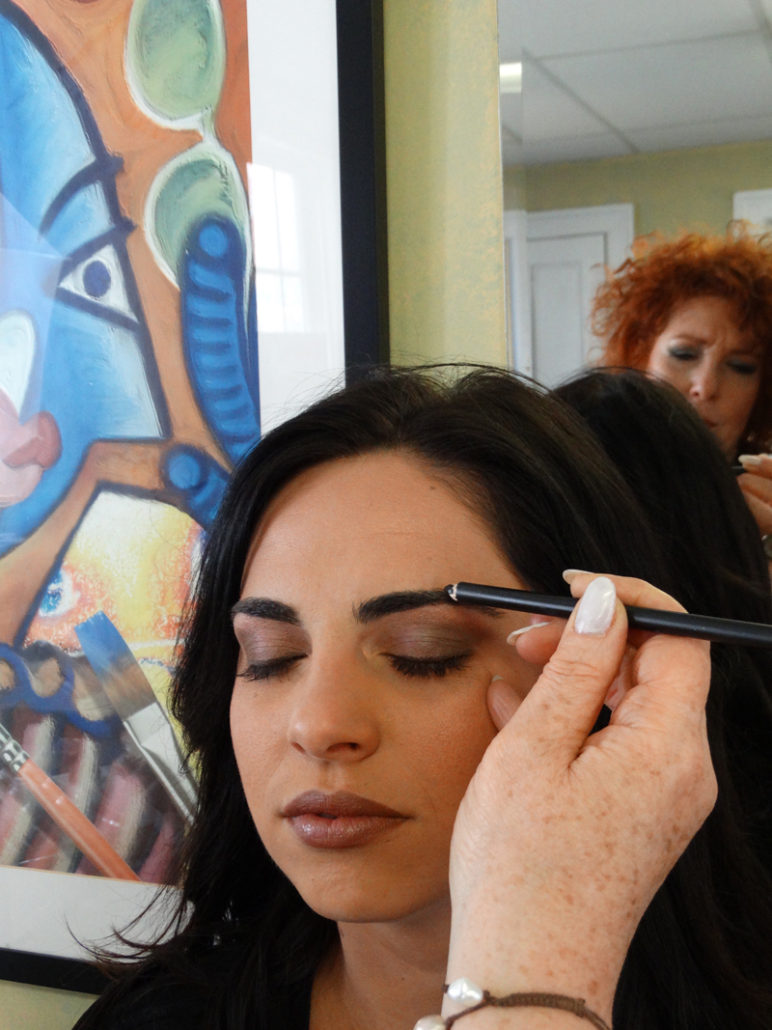 It may have begun with eyebrow restoration; and certainly clients are still fixated on beautiful eyebrows whether or not they suffer from a medical problem, but Christine Zimmerman delved even deeper, intensified her education, and thus expanded her practice, helping men and women look and feel wonderful.

In addition to microblading, A Nu Yu offers permanent cosmetics for eyeliner and full lips, paramedical tattooing to camouflage scarring from medical procedures and surgery, and 3D areola restoration for women who have suffered the ravages of breast cancer.  “With para-medical you’re on the other end of someone’s trauma,” so when asked about scars, Zimmerman quickly replies with her trademark enthusiasm, “I look upon scars as a room with many doors. There are so many facets that go into it. One scar is not like another, and neither is my treatment for them.”

First and foremost is the skill and talent of Christine Zimmerman, but these are also complemented by her natural curiosity to find out each individual’s story. “Every person is different. What they want is different. I love being part of their journey.”

Sometimes that journey takes them no further than Zimmerman’s cosmetic talents; other times it may be microneedling that works in concert with the body for corrective skincare of the face, body, or scalp. Perhaps it’s the elimination of brown spots, microdermabrasion, or clinical peels and facials, performed by Renee Baldo, an RN and esthetician who works in an adjoining suite.

Everything contributes to the end result. The products Zimmerman uses at A Nu Yu are as important as the work they do. Christine especially touts the Jane Iredale pure mineral makeup products which feel light and look luminous and Liquid BioCell, nutraceuticals for both joints and skin. “I don’t have a lot of them; I just have what’s really good for people’s body and skin.” And then there’s that name. “I wanted the name to be the way people will feel when they leave my place,” Christine fairly bubbles.

This is a woman who didn’t open a day spa for fun, but opened A Nu Yu Studio to solve problems and make people feel beautiful once again. It started with her mother’s request for that “permanent eyebrow pencil,” but it is Christine Zimmerman’s commitment and personal journey that led her to where she is 14 years later. “When you’re meant to do something, the doors open.”

Those doors open both ways for sure. Not just for Christine Zimmerman, but for every client lucky enough to have come through them the past 14 years, and for those now poised to take the journey. 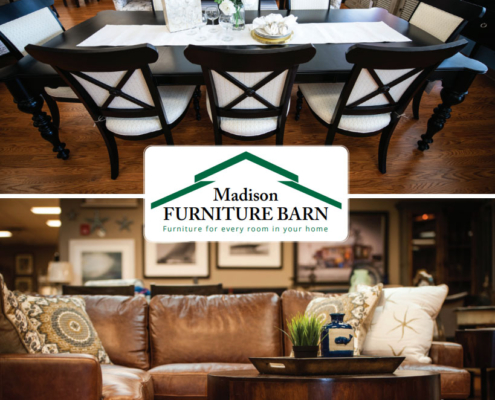