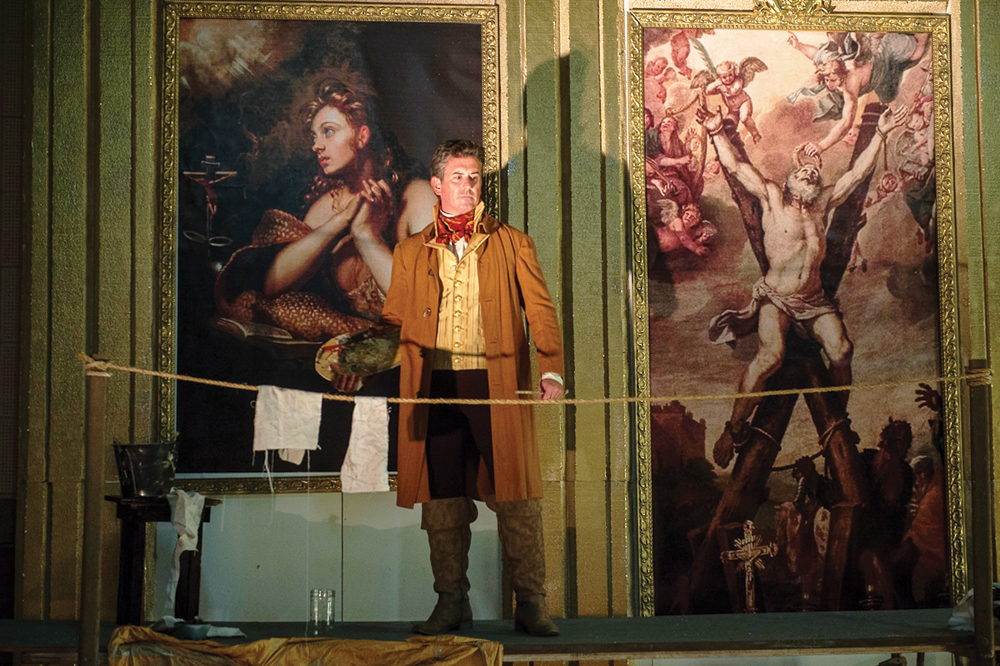 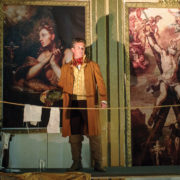 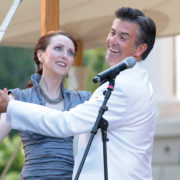 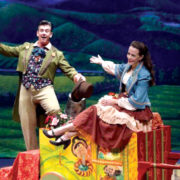 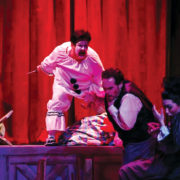 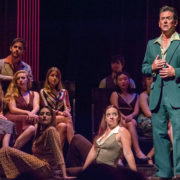 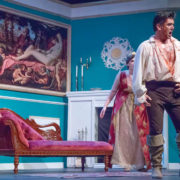 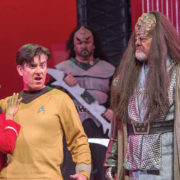 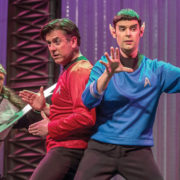 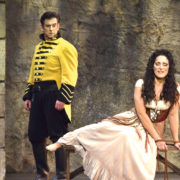 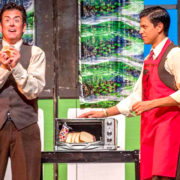 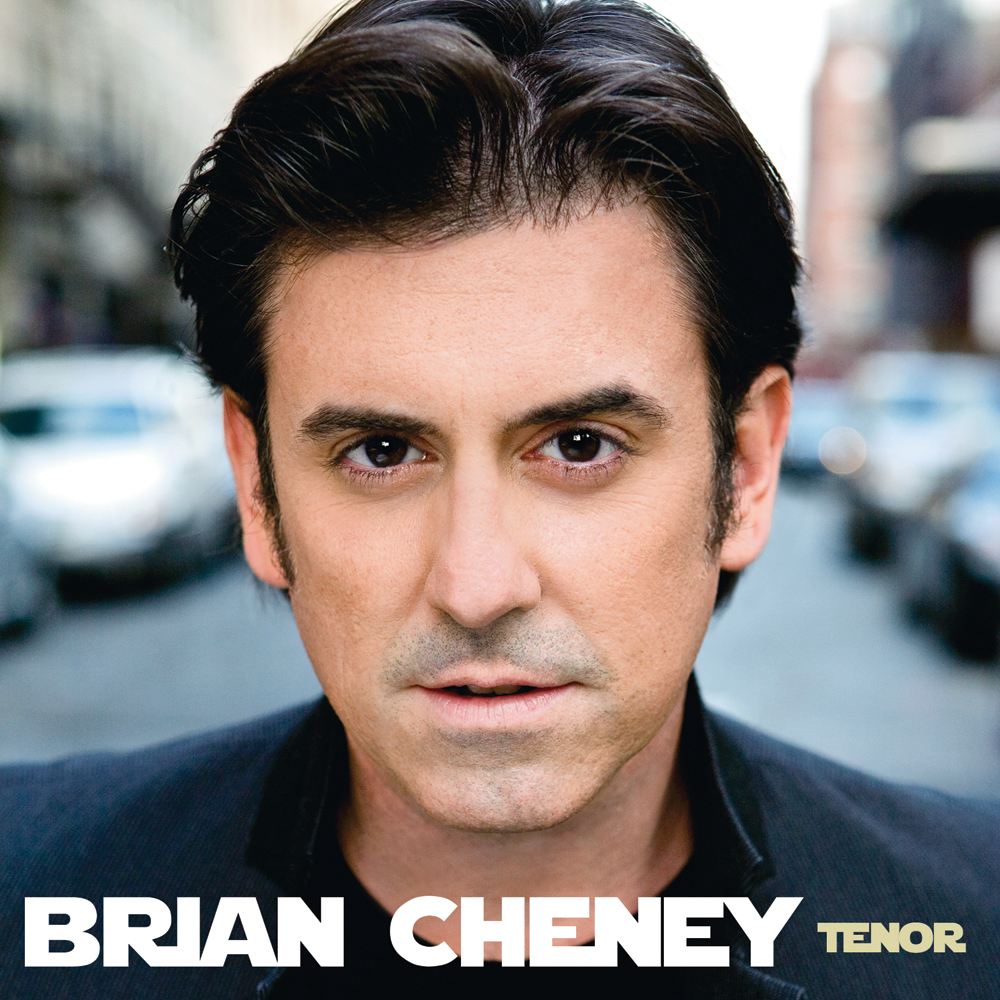 The first time I met Brian Cheney was at the Lyme Fire Company Annual Steak Dinner. As we sat down with friends, we were introduced to the “new family in town”… Brian, his wife, Jeannean, and daughters, Kate and Rose.

As is normal, the conversation turned first to what brought them to Lyme, Connecticut. Jeannean explained that she works as a systems consultant for Ultimate Software. “They are a great company, so I can work from anywhere; and Lyme provides a fantastic quality of life, wonderful schools, and easy access to Boston and New York airports.” Next I turned to Brian. “And I’m an opera singer,” he said. Okay, I thought, where do I go from here?

It turns out that Brian is one of the most talented and yet approachable people I have ever had the pleasure to meet. An artist one gig away from international stardom, he is as comfortable in the complex and dark role of Canio in Pagliacci, as he is using his spare time to teach voice lessons to amateur and professional singers  and encouraging middle school students to find their voice. Someone who is described by his co-stars as the “Hugh Jackman” of Opera, who brings happiness and positivity to every company with whom he works, and someone whose students describe their lessons as “half singing – half therapy session.”

His journey has been a long one. From trombone player in high school to lyric tenor singing Edgardo in Donizetti’s Lucia di Lammermoor and Rodolfo in Puccini’s La Bohème. from lyrico spinto tenor as Don José in Bizet’s Carmen to dramatic spinto tenor in Leoncavallo’s Pagliacci. But like a good wine, his artistry is all the better for the chance to mature and develop. The tenor voice is the most scrutinized role in any opera and can be a challenging and often-unsustainable experience for a younger artist. But Cheney exudes the stage confidence of someone who has truly mastered his craft – to control the natural, physical gesture a body makes, to produce the clarity of tone capable of cutting through the wall of sound produced by a full orchestra, in a wide variety of roles, and with absolute consistency.

“Cheney exhibited such control, expressiveness, and pure vocal beauty that he certainly had the full house at Weill Recital Hall in the palm of his hand all evening.”

Brian is one of a very few tenors who have chosen to challenge the operatic status quo which has, in recent years, moved to a safer, narrower range of stylistic interpretation, focusing more on production value than on the “vocal fireworks” that defined the great tenors of the past; emotive and powerful, clarion and heroic.

One such artist was American tenor, Jerry Hadley who was mentored by composer and conductor Leonard Bernstein and a master in his own unique way of an oral, histrionic tradition that focused on technique, mastery, style, and exploration. Bernstein’s only request of Hadley was that he, in turn, find someone to mentor and to whom he would pass on that tradition. He found that “someone” in Cheney.

Past proponents of this style include Italian tenor Franco Corelli, and Swedish tenor Jussi Björling. Like Cheney, they sought to truly understand the interpretation of the original composers. Jerry Hadley became a friend as well as a mentor and taught Cheney that it is only through that deep exploration that an artist can achieve a darker, fuller quality to their voice giving them the choice of remaining true to the original vision, or further developing the role to meet the demands of a new production.

“Cheney has that terrific tenor sound: the power, richness, and vocal color of a high baritone combined with ringing, awe-inspiring high notes.”

While Brian’s passion for his art lies deep in classical techniques, his exploration of new ways of bringing h 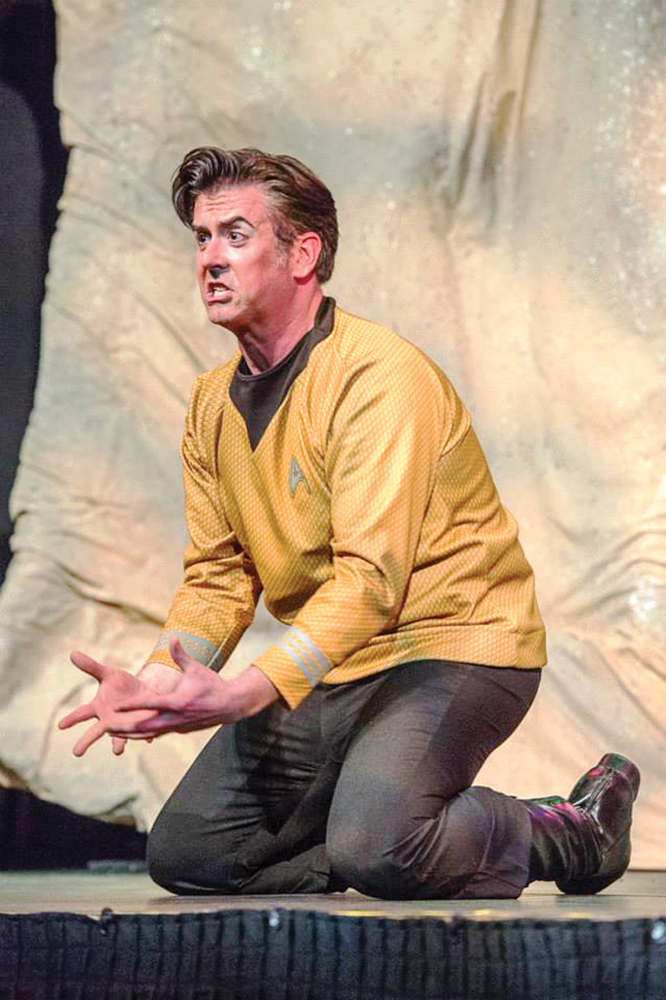 is art to a younger and wider audience is certainly contemporary. In 2013 he launched his first self-named solo album with a six-part YouTube video chronicling his journey as a singer from the early stages of his career to the album’s release. In 2015 he worked with Salt Marsh Opera’s Simon Holt to create a concert program recreating Luciano Pavarotti’s 1987 recital at Carnegie Hall. His goal was to encourage a new generation of opera lovers by making the concert freely available online.

To be a protégé of Jerry Hadley meant embracing Hadley’s love of “all things Alamo.” For Brian, his Alamo is Star Wars. “I love Star Wars.” But since a Star Wars opera has not yet been written, 2016 was instead the year of an avant-garde production of Mozart’s The Abduction from the Seraglio. Mozart was commissioned to write this piece in 1782 by the Holy Roman Emperor Joseph II.

Josh Shaw and Stephen Karr, co-founders of the Pacific Opera Project, were not afraid to “mess with Mozart.” To mark the 50th Anniversary of the original Star Trek television series, they took the 18th century storyline about two women kidnapped by pirates, sold into a Turkish harem, and rescued by a Spanish Captain and set it against one of the original Star Trek episodes. Mozart’s Belmonte becomes a Kirk-inspired, over the top Captain Belmonte and the abducted Konstanze becomes an Uhuru-inspired Lt. Constanza. Cheney sang the lead in POP’s productions in Los Angeles, San Francisco, and here in Connecticut: “The music is amazing, but the original story line is kind of dull.” Having watched Cheney’s portrayal of Captain Belmonte, the new production of Seraglio is anything but dull. Camp, over the top, glorious, an incredible sense of comedic timing, are all words I have heard and would use to describe that performance.

“He sang gloriously and tossed off very difficult vocal passages in a nonchalant way, while doing comedic acting that almost distracted the audience from noticing the sheer beauty and skill of what he was doing musically.”

He also deserves a special mention for his disguise as a mechanic; complete with a red shirt and the worst Scottish accent I have ever heard.”

For many years, and with the support of Jeannean, Brian has managed his own career, preferring to stay in control of his schedule while following his journey of discovery. But in 2016 he was introduced to Bernard and Venessa Uzan of Uzan International Artists, and he knew that he had met the agency that would represent him through the next stage of his career. In an unusual move, UIA signed Cheney to a multi-year contract- a mutual leap of faith – for Cheney to relinquish control and for UIA to invest in taking their new tenor to a global level. But it’s certainly a calculated leap. UIA is one of the best management companies in the world, and they have captured an artist whose time has undoubtedly arrived.

KUSC| Los Angeles, CA
Listen to Brian Cheney in song and interview, and see if you agree: the next great tenor on the near horizon is a singer who has paid his dues and is due for a great unveiling.

So, what’s next? “Well, there’s the immediate, and there’s the ‘under-wraps,’” he says with a twinkle in his eye. “My next solo performance is Beethoven’s Ninth Symphony with the Boise Philharmonic and then with the Eastern Connecticut Symphony Orchestra at the Garde Arts Center in New London, Connecticut. But I am also in discussions for a number of opera and musical theatre roles in New York and Europe. My core work is opera, but I have great admiration for David Pittsinger (also a Connecticut Shoreline resident), who seamlessly moves between the two genres.”

“And if you did … what would be your dream Broadway role,” I ask. “Phantom!” says Brian, “I have always loved the role, and I’m told I am on their radar.”

And his favorite place to perform? “Carnegie Hall, but I’m looking forward to the opportunity to perform in Vienna again and perhaps The Royal Opera House in London.”

As his career is very clearly in its ascendancy, perhaps it is time that Cheney starts to look for his own ‘someone’ to mentor…to take along with him and to pass on the tradition of operatic fireworks, as he continues to light up venues around the world.

You can hear Brian perform Beethoven’s Ninth Symphony with the Eastern Connecticut Symphony Orchestra at the Garde Arts Center in New London on April 29th, 2017 or follow him at https://www.facebook.com/briancheneytenor/