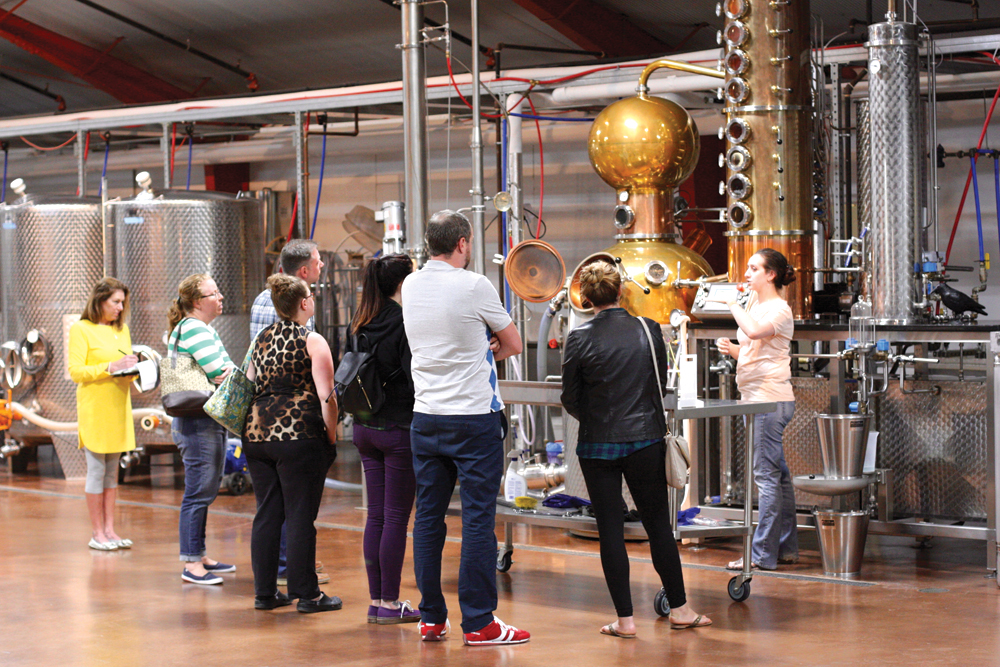 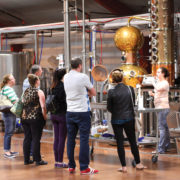 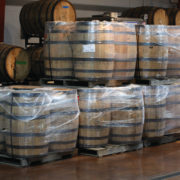 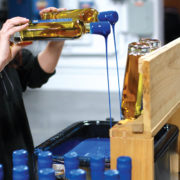 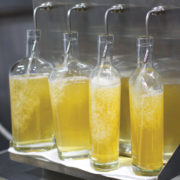 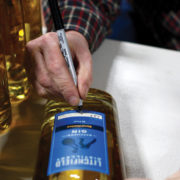 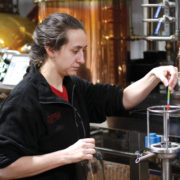 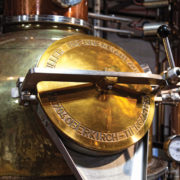 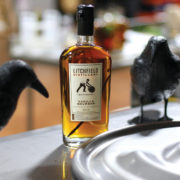 “One day we looked around at our beautiful rolling hills and said, “Boy, wish we could bottle this.” So we did. 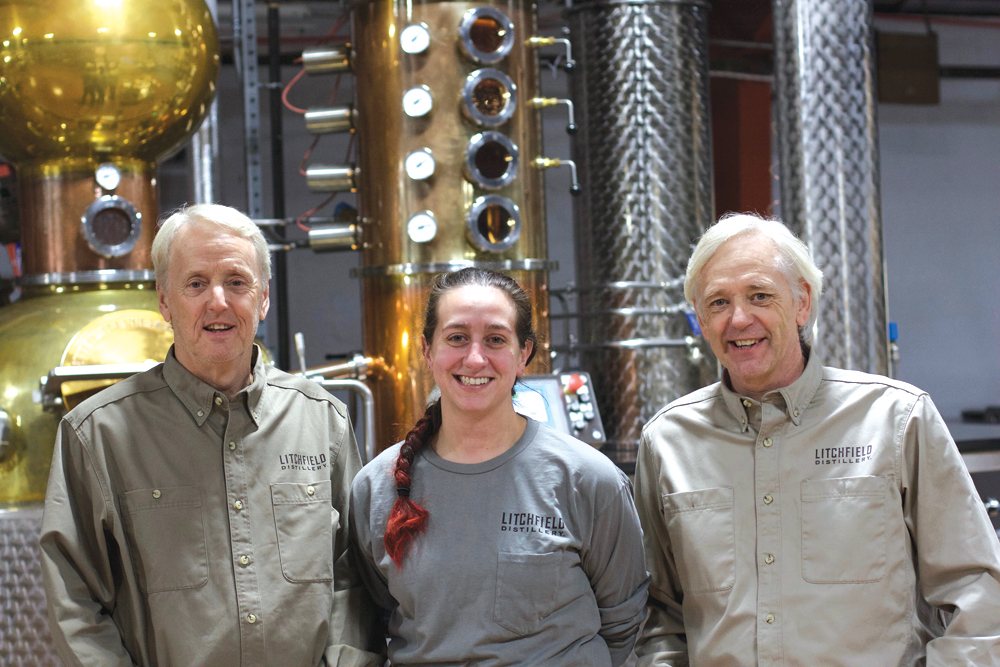 Thus begins a great American story…the kind that built the foundation of this country and everything it stands for. It’s a story of one family, their hard work, and their unending perseverance; of one generation passing down to the next the importance of holding values close and never losing sight that the customer is more important than anything else you do.

Although they built their business in the hills of northwest Connecticut, it is the quote at the top of this page that is what Litchfield Distillery is truly built upon. That quote is everywhere: it’s the sign you see when you enter the distillery, and it’s the message on every bottle of the small batch high premium spirits the company produces.

Their story and path to success began with Jack, Peter, and David Baker’s grandfather, back more than a century ago.  Henry Baker, Sr. traveled these rolling hills by horse and carriage, going door to door delivering half gallon bottles of pure spring water to his loyal customers. From those humble beginnings, and with a steadfast commitment to the people he served, Baker built what was to become Crystal Rock, still in business today and a major factor in the water, coffee, and office supply business throughout New England. It has grown exponentially and has a full complement of employees, yet no one travels by horse and carriage any longer. Although now replaced by the “horseless carriage,” the practice of making the personal home and business delivery has never waned.

When Henry Baker, Sr. died, his widow, Gladys took over the reins in the late 1940s. “She was one of the first women in business back then,” says Jack Baker, one of her three grandsons, “and she was a success, empowering the company and keeping it growing.” Jack and his two brothers, David and Peter, grew up in that business, learning that working hard was the only way to work and taking care of the customer the most important part of the business

About four years ago the brothers decided they wanted to reinvest in Connecticut in a way that would continue the commitment to growing their family business. A year later, Litchfield Distillery was born, a micro distillery dedicated to the production of premium small batch whiskey. While the terms “small batch, “hand made,” and “craft” are used liberally, not everyone understands exactly what they are. Small batch whiskey is produced when the contents from small selected barrels are mixed and aged. Jack Baker explains that their classic bourbon mash is comprised of 70% corn, 25% rye, and 5% barley, while their vodka is 100% corn, all products of those same rolling hills in Litchfield County. The brothers, who call themelves, the Batchers of Litchfield Distillery, consider their partnership with the farmers of Litchfield County to be a prime factor in producing a quality product. “They do the growing. We do the batching.” 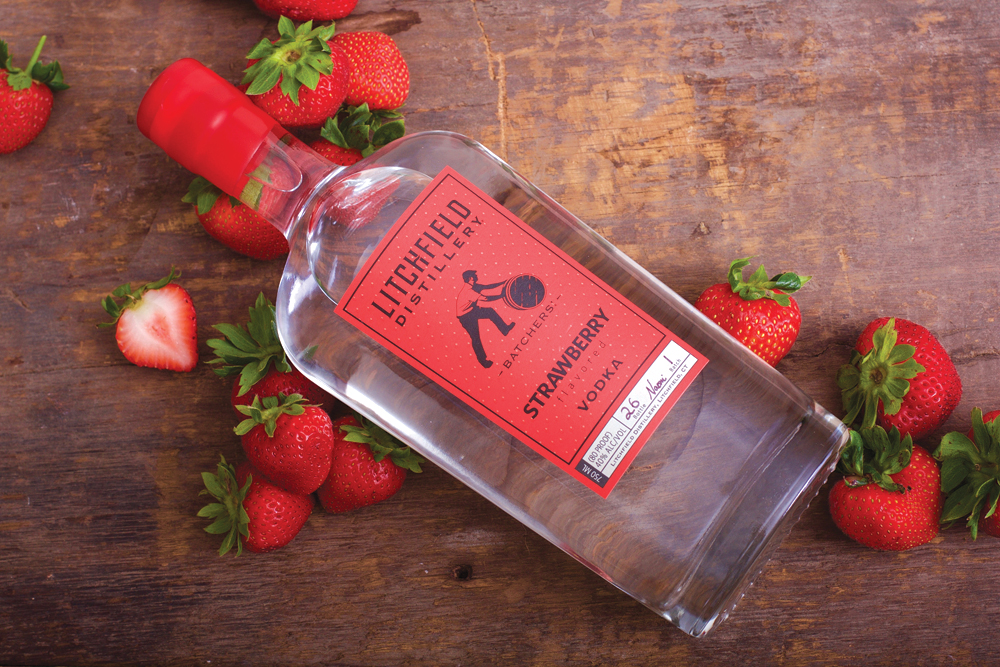 That batching is done carefully and purposefully as you walk through the batching rooms where all bourbon is aged in oak barrels that have been charred, a practice that dates back to the 15th century. Charring the wood does not lend a smoky flavor, but instead caramelizes the sugar and opens the wood, making it easier for bourbon to extract flavors. At Litchfield Distillery those flavors run the gamut from straight bourbon to vanilla, cinnamon, and coffee. There is also on occasion a limited edition where the bourbon has been resting in a port cask for extra flavor. Litchfield Distillery produces a barrel of bourbon – 250 bottles – per day. The brother batchers also produce seasonal vodkas: strawberry in early summer, blueberry in mid-summer, and apple in late fall, always using fruit from the local farms.

Right now, Litchfield Distillery’s small batch products may be found in nearly 1000 stores, restaurants, and bars in Connecticut and are currently being distributed in Rhode Island, Massachusetts, and New York. This new year brings plans to expand into major cities: Chicago, Los Angeles, Miami, and more. “People are now asking for our bourbon, vodka, and gin by name. But we’re not in any hurry,” Jack says. “We want to develop our brand in a condensed space.”

Litchfield Distillery is a proud destination on the Connecticut Spirits Trail. Like its wine counterpart, the Spirits Trail is comprised of craft spirits makers from every corner of Connecticut. These producers make everything from gin and vodka to whiskeys, rums, liqueurs, even moonshine! Locally grown crops are incorporated as much as possible, and most offer tours and tastings. Currently there are 11 craft spirits makers on the trail with more to come, but are they considered competitors to Litchfield Distillery? “Absolutely not,” Baker states firmly. “We are brothers in the industry. We help each other as much as possible and let people know those other locations exist. That way we all benefit.” And right now it appears Litchfield Distillery is the beneficiary of good product, good neighbors, and good press.

The brothers also know hard work. They grew up with it at Crystal Rock, and it’s the foundation upon which Litchfield Distillery was built. That’s why they didn’t just come up with a slogan and slap it on their branding; they trademarked it, so it would be theirs alone forever. “The spirit of hard work.”

Sometimes it’s difficult to pick the right kind of story to start a new year. Often people are a bit down after the holidays, the weather is cold, the skies are gray. But the story of Litchfield Distillery was exactly the right choice to start this new year. Theirs is a shining reaffirmation of the solid values upon which our country was built. It is a story born of hard work and dedication to the land under their feet and to building success slowly and purposefully, never once forgetting their core values. Yes, we looked at Litchfield Distillery and said, “Boy, wish we could tell this story.”

The Distillery is located at 569 Bantam Road (Rt. 202, which runs through the center of Litchfield ) and is a beautiful drive through those rolling hills that will forever be home to the fabulous Baker boys.

Chariho Furniture…Same as It Never Was