Welcome Home to the Gelston House.

The town of East Haddam, Connecticut, home to the Gelston House Restaurant and Inn, sits like a jeweled Victorian brooch pinned to the edge of the east side of the Connecticut River. Nestled in the center of the postcard perfect scene that greets visitors entering the hamlet from across the historic swinging bridge, are two iconic buildings – The Goodspeed Opera House, and its complimentary twin, The Gelston House.  Since 1853 the main structure of the regal Italianate Gelston House has been a feature of the landscape, joined 23 years later by the classically Victorian Goodspeed building to create the archetypal image of New England grace.

This aura of tradition and elegance exuded by the architectural masterpiece that houses the Gelston House is impossible to ignore; and especially for area residents and those already regular fans of a weekend escape to the charm of a bygone era, the celebrated restaurant will always be associated with fine dining and sophisticated occasions. But now, under the expansive cordiality of the present owner, Iso Dedusaj, the Gelston offers a much wider range of dining possibilities. “I want people to feel comfortable to come here for a good casual meal, to just stop in – bring the family,” Dedusaj invites.

Having grown up in Chester, I, like many local residents, tend to correlate the Gelston House exclusively with special celebrations; and I will confess that I have not had such an opportunity to dine there for years.  But from the moment Dedusaj greets me wearing a crisp bright red chef’s tunic, offering me a beverage, and insisting that I chose to sit where I will be most comfortable for our conversation, I feel that I am genuinely welcome in his establishment. It is clear that under his ownership no more than an appetite for innovative hearty fare and a congenial atmosphere are required to make a visit to the Gelston.

Inside, the traditional ambiance is intact, and the expectations of repeat visitors will be met by the soaring stairwell in the entry, the green glass chandelier over the ornate dark-wood bar, and of course, the magnificent views of the river. But now there are added elements that reflect the host’s casual warmth, and the amenities to support a dining experience beyond the formal are discreetly present. This is most evident in the rooms that are home to the Gastropub, where the hearty menu introduced by Dedusaj last winter, drives an informal dining experience within the overall atmosphere of a relaxed family-oriented pub. Comprised of the Victorian bar and two other graciously cozy rooms, the Gastropub areas have flat screen televisions that afford the possibility of casual sport -viewing parties. Seating is comfortable and enhances the dining experience of families, groups of friends and colleagues, or informal business meetings. Fireplaces complement the feel of relaxed luxury and set a tone conducive to more intimate romantic meals as well as the gathering of larger groups. Live music, generally blues, jazz, and light rock, is presented on Friday and Saturday evenings.

Central to the appeal of the Gelston House, and the most direct expression of Dedusaj’s creativity, is the cuisine itself; in particular the Gastropub menu. The chef-owner’s love of food is apparent as he describes the offerings he has designed to tempt both the hearty and the adventurous diner. “ I love stews,” he enthuses. “I am always experimenting with soups; and now especially with the colder months, I always have some kind of stew available.” He emphasizes that he is insistent upon the best cuts of meat, which are a feature of the Gastropub offerings. The menu includes a variety of fare, from small plates to salads to entrée plates…nearly all priced under twenty dollars. Favorites include the Lamb Sliders with mango chutney salsa and Fish Tacos featuring toasted corn, peppers, onions and a smoked chipotle sauce. Must tries, according to Dedusaj, are the Short Rib Shepherd’s Pie topped with Gorgonzola mashed potatoes and the Pan-seared Cod with Lobster Cream Sauce. For a lighter feast there are a variety of salads ranging from the substantial Beef Fajita Salad to the elegant Poached Pear Salad dressed with blue cheese crumbles and dried cranberries in a vinaigrette, served over baby spinach.

Dedusaj employs two chefs – one with a specialty in American cuisine, the other in Italian –and he applies his own extensive background in the restaurant business in New York City both in the kitchen and in his attention to the details that will enhance his patrons’ dining experience. He is equally at home welcoming guests, managing the busy kitchen, or creating new culinary offerings, often influenced by the Hungarian cuisine that reflects his heritage. In the kitchen the atmosphere is congenial, the workers moving efficiently and with ease. A pan of figs in balsamic vinegar simmer over the flames, reducing to just the right consistency to form a glaze for the evening’s lamb special. The fragrance of rosemary mingles with the peppery aroma rising from the beef soup bubbling in a giant stockpot while fresh salad vegetables are being sliced in preparation for the upcoming dinner hour. In the dining room silverware is checked, and the bartender straightens bottles and tidies the glasses. The servers chat as they wait for the first diners to arrive.

The Gelston remains a marvelous venue for special occasions, and Dedusaj and his staff will work with clients to customize their wedding or other event. There are multiple rooms where rehearsal dinners, showers, and other more intimate gatherings may be held depending on the size and formality, including the outdoor terrace where the Beer Garden is situated during summer months. Additionally, there are a limited number of guest rooms available for overnight lodging – many with exquisite views of the river and the surrounding landscape. In spite of the new casual dining options, the traditional elements that have come to be cherished over the years remain for many a large part of the attraction of the Gelston House. On the river-facing side, the expansive formal dining room with its white tablecloths and cushioned round-backed chairs still offers sweeping views through the wall of large multi-paned windows.  There is still a buffet brunch available on Sundays, pre-theater dinners draw patrons out for an evening of culture, the Beer Garden continues to attract patrons willing to wait in line for icy beverages, hearty food, and unparalleled al fresco views; and, as always, the Gelston is an unequaled setting for an elegant special occasion.

It is eight years since Dedusaj first purchased the Gelston House and moved his family into the area, and he considers Connecticut his home. His drive to add the more casual dining style to the established tradition of elegance has been inspired in part by his experience within the community; and he is pleased that the Gelston is becoming a destination for a hearty family meal, a spontaneous date, or a business luncheon. “I like to have a relationship with [people in my community.] I want to share what I do, what I love…the food. It is like a gift from my family to theirs. When people come here I feel like they are coming to my house. We live happy, to make people happy. I want to make every person feel comfortable. Life is short. If I can make people happy, that is enough,” says Dedusaj.

For additional information and to see menus visit: 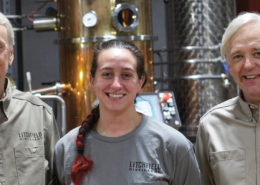 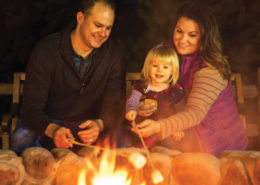 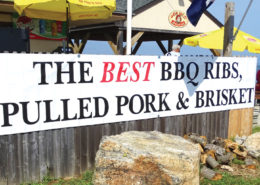 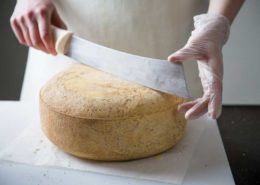 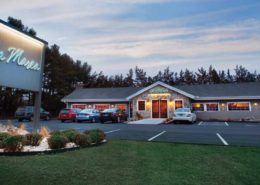 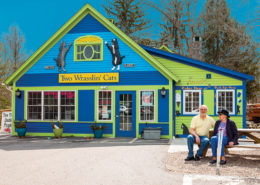 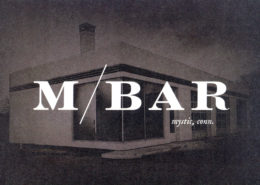 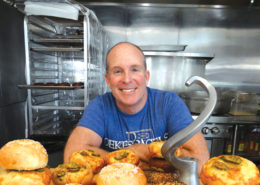 • The Chocolate Shell… a Pearl Among Sweetshops!